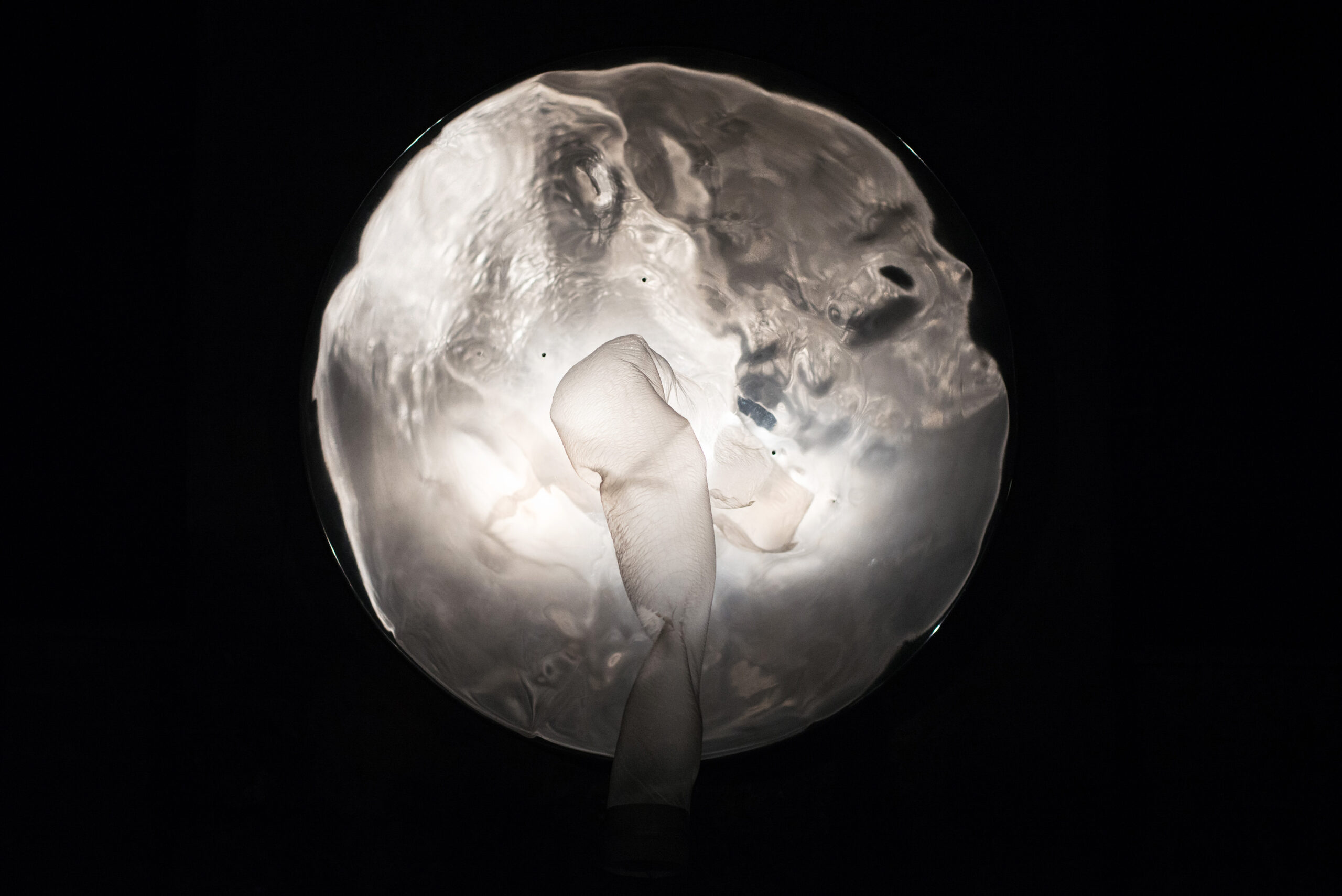 Soundman (2017) is a sonic sculpture that explores sound reflection in dialogue with the viewer’s perspective. It’s assembled with readymade elements: a satellite dish, polished as a mirror surface, reflecting the whispering sounds of a polyethylene tube, that dances to an airflow provided by a small ventilator. This assemblage generates an unpredictable composition of sound and image which the visitor can experience from multiple perspectives.

The title of Soundman refers to ‘Soundman-cyclus’ (1981-1990), a series of installations by electronic music pioneer, theater maker and media theorist Dick Raaijmakers (1930-2013). ‘Soundman-cyclus’ in turn was inspired by ‘Night Owls’, the first sound film with American comedians Laurel & Hardy, from 1930. In the film Laurel & Hardy are two burglars trying to enter a house in the middle of the night. Almost all sounds they produce while trying to pass the obstacles are explicitly followed by a ‘…shhh!...’ Ironically for this film, a large part of the twenty-minute costly soundtrack was deliberately unused – a sublime statement in film history. In this context Soundman is a semiotic prolongation of Raaijmakers’ pieces, in its effort to dramatise the perception of sound and light phenomena.

Soundman was shown at Sonica, Ljubljana, 2017 and at Locating ArtScience, The Hague, 2017. In 2017 Mike Rijnierse was a selected artist by SHAPE Platform.