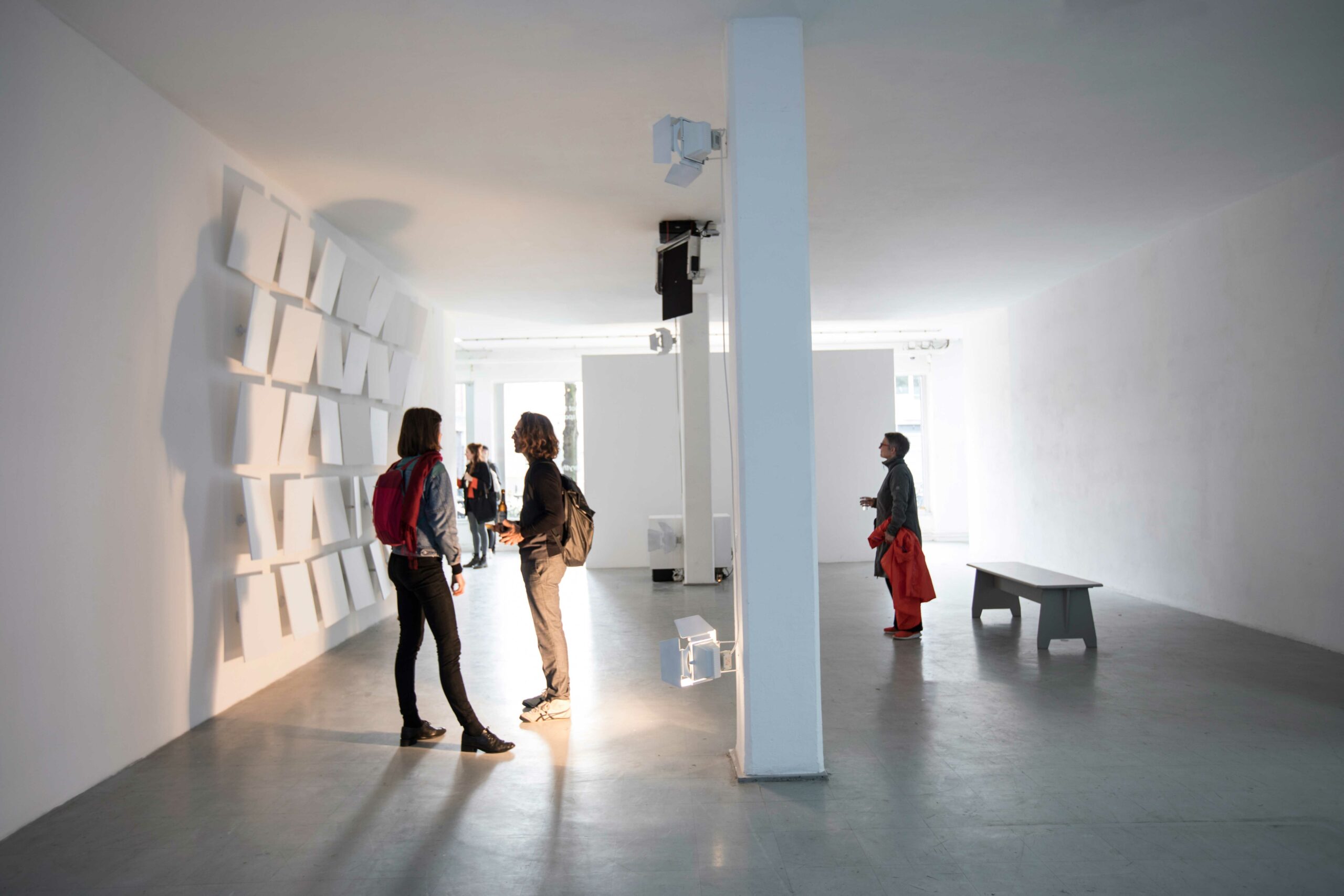 The organising artists emerged as a group of ArtScience alumni from different generations. Using Locating ArtScience as a conceptual framework, a term through which media theorist Eric Kluitenberg seeks to define what the ArtScience field is, they look at their intergenerational approaches to establish and analyze the position of ArtScience in a global context. They investigate this framework through the shared subject of automation, it being a recurrent subject in their works.

Automation acts as a mirror of our current society in which much of our identity is shaped and controlled by algorithms and complex digital technologies. Algorithms and automation are used by the artists to define motion, rhythms, sequences, experiences, and economic transactions. Instead of controlling these algorithms, it is sometimes the algorithms themselves which shape the works in ways the makers did not foresee. The artists take different perspectives on how we interact with algorithms, or rather, how algorithms interact with us.

Automation is not just a subject that concerns the replacement of human labor. In this exhibition the artists use algorithms to execute tasks. They question the role and influence algorithmic structures in today’s and future technology have in our lives. Do we understand the implications of our own use of these algorithms and the development of algorithms by our use? What can algorithms reveal about our existence and what new challenges will these algorithms pose to us?

The works in this exhibition shape a layered perspective on these questions. The artists will reflect further on these topics accompanied by a lecture by media art historian Eric Kluitenberg followed by a panel discussion.

During TodaysArt 2017 Mike Rijnierse & Rob Bothof presented Relief, an installation based on the principle of echolocation by means of ultrasound, which premiered at Festival Novas Frequências in Rio de Janeiro (BR) in December 2016. Mounted on a wall, the sculpture is not primarily designed to be gazed at, but to be listened to. The work examines the process of hearing, decomposing reflections of the space which inform orientation, emphasizing the relationship between source and receiver. Relief is therefore an echo sculpture.

In fact, the phenomenon of echo and reflection is a recurring theme in the work of Mike Rijnierse. As architect Juhani Pallasmaa wrote in ‘The Eyes of the Skin’: “Sight isolates, whereas sound incorporates; vision is directional, sound is omni-directional. The sense of sight implies exteriority, whereas sound creates an experience of interiority. I regard an object, but sound approaches me; the eye reaches, but the ear receives. Buildings do not react to our gaze, but they do return our sound back to our ears.“

Soundman (2017) is an acoustic sculpture based on the principle of sound reflection and it’s assembled with readymade elements:  a satellite dish, polished as a mirror surface, reflecting the whispering sounds of a polyethylene tube, that dances to an airflow generated by a small ventilator. This assemblage generates an unpredictable composition of sound and image which the visitor can experience from various points of view.

“It is these positions between art and technology that can make ArtScience so surprising. Knowledge is limited, while imagination always goes further. Technology says something about how we understand the world, but it is also a simplification of our perception of the world. In the meantime, we are overwhelmed by all kinds of (commercial) information and we no longer see the forest through the trees as a result of which our perspective on and our actions in the world is shifting. Art, unlike technology, does not solve problems, but sometimes, like science, it can raise (fundamental) questions. It is a missed opportunity that there is so little attention for this within the culture of museums here in the Netherlands.”

Ahead of TodaysArt in The Hague (September 22-23), comes a preview of the festival’s multiple club nights. Listen to a mix featuring SHAPE artists (alongside other acts) performing at the festival, put together by the festival’s music programmer Joeri Woudtsra. The show is produced in collaboration with and aired by the London-based radio station Resonance FM.