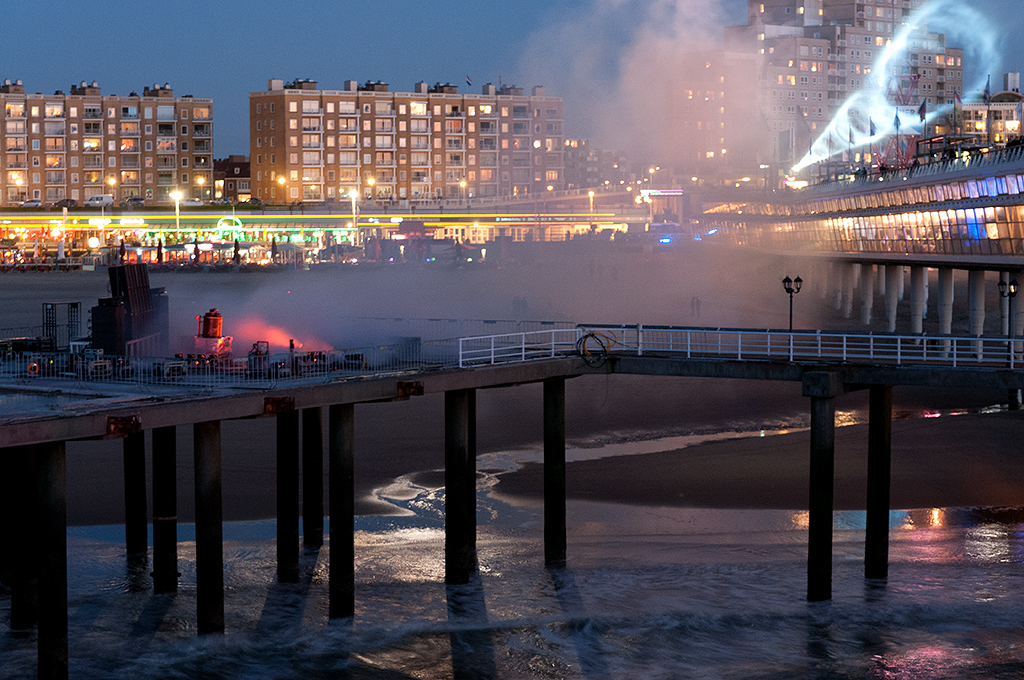 Lift-off: An interview with Mike Rijnierse

A monthly programme by SHAPE (Sound, Heterogeneous Art & Performance in Europe), the platform established in 2014 by 16 European festivals with support of EU’s Creative Europe programme to promote up-and-coming musicians and innovative audiovisual artists. This month: Machine Woman is a sound artist and image maker who often collaborates with other artists. Her works are inspired by late night listening to the sounds of down beat minimal electronica along with melancholic cinema from all over the world. Mike Rijnierse is a Dutch artist, performer and teacher working in the fields of light, sound and architecture. Julien Desprez was born in Paris. He first taught himself to play the guitar and later studied jazz. He then embraced a more experimental, abrasive sound, which he’s pursued in numerous projects, such as Acapulco Redux and Brazil Mash-up. Ahead of TodaysArt in The Hague (September 22-23), comes a preview of the festival’s multiple club nights. Listen to a mix featuring SHAPE artists (alongside other acts) performing at the festival, put together by the festival’s music programmer Joeri Woudtsra. The show is produced in collaboration with and aired by the London-based radio station Resonance FM.

The Creative Europe-supported SHAPE platform for innovative music and audiovisual art is announcing its 2017 list of artists. The artist selection for the platform’s third year traditionally places a diverse selection of audiovisual projects and sound artists alongside musical acts that range from post-grime and techno to free improvisation and experiments with field recordings. The platform is run by a union of 16 European festivals, including Insomnia, Maintenant, Unsound and CTM.

The third year’s roster of SHAPE continues to demonstrate a kind of eclecticism that is clearly an outcome of all the 16 diverse festivals selecting artists and projects together – how else could one arrive at UK’s instrumental grime producer Mr. Mitch brushing shoulders with Dutch artist Mike Rijnierse, who specializes in site-specific installations, or Lancastrian free improvising virtuoso pianist Stephen Grew sharing the stage with Toxe, the Swedish highschooler, who, with her productions for Staycore and Rabit’s Halcyon Veil, unexpectedly catapulted to the forefront of European experimental dance music… A deliberate desire to detect streams of fresh ideas and unexpected influences beyond genre categories has influenced the choices of SHAPE’s curators.

Sound art, free improv or experimental dance music are by far not the only genres, represented within this 48 artist list – there’s the jazz-laden, warm modern minimalism of Polish clarinetist Wacław Zimpel, the lo-fi, ambient rap of Prague-based artist Lišaj, the “audio theater” of Lithuanian producer J.G. Biberkopf that brings together elements of abstract grime and musique concrete, the austere sonic architecture of Thomas Ankersmit, the post-rock, indie and electronica inspired works of British composer Anna Meredith or the ballads of Norwegian folk and jazz singer Mari Kvien Brunvoll, mostly built out of her voice, recorded in loops and accompanied by kalimba, kazoo and zither.

Less explored musical scenes are represented: the duo of beatmaker Oriole and video/performance artist Linda Konone evokes the collision of Riga’s advanced dance music and contemporary art scenes, while the punk, techno and noise laden musical underground of Budapest is represented by Céh and Új Bála, two projects by Gábor Kovács or the avant-garde metal group Entrópia Architektúra, all highly contrasted by the same city’s eerie singer-songwriter project Unknown Child. The participation of v4w.enko, an audiovisual project from Ukraine, sees SHAPE exploring this country’s music scene for the first time.

As in previous years, links to prestigious labels can be observed: producer Sky H1 released her debut EP last year via Codes, sound artist and composer Anna Zaradny published her critically acclaimed record “Go Go Theurgy” on Poland’s mostly atonal Bocian records and the currently Paris-based boss of L.I.E.S. Ron Morelli participates in SHAPE with his live show, based on the largely beatless “A Gathering Together” – his most recent full-length recording, published by Hospital Productions.

The audiovisual part of the roster includes, among others, Aurelia 1+Hz, a project that focuses on sonification of the movement data of a jellyfish, the French collective CHDH, who create audio and visual algorithmic synthesizers, Julien Desprez with his electric guitar/light performance “Acapulco Redux”, Franck Vigroux with his various audiovisual collaborations, and many others.

First activities of the third year

Already in December, the platform will kick off its third year with its second large showcase beyond Europe – this time, as part of Rio de Janeiro’s festival Novas Frequências (December 3-8). The showcase will consist of 13 SHAPE acts including 2016 alumni Stine Janvin Motland and Gil Delindro, as well as several names from the new roster, such sis_mic, Mr. Mitch, Toxe, Mike Rijnierse, Andreas Trobollowitsch and others.

A 3-year initiative co-funded by the Creative Europe programme of the European Union, the SHAPE project reunites 16 European non-profit organizations active within the ICAS – International Cities of Advanced Sound network to create a platform that aims to support, promote, and exchange innovative and aspiring emergent musicians and interdisciplinary artists with an interest in sound.

SHAPE stands for “Sound, Heterogeneous Art and Performance in Europe”.

SHAPE annually chooses 48 musicians and artists to participate in a mix of live performances, residencies, workshops and talks across member festivals and special events.

Each year, the curatorial teams of all 16 SHAPE festivals and initiatives come together and choose 48 artists. The artist roster has been created disregarding divisions of genre, age or popularity. Rather, creative novelty and successful experimentation have served as core values, with additional emphasis on the inclusion of upcoming and underexposed artists as well as representing local scenes of involved festivals and art centers.