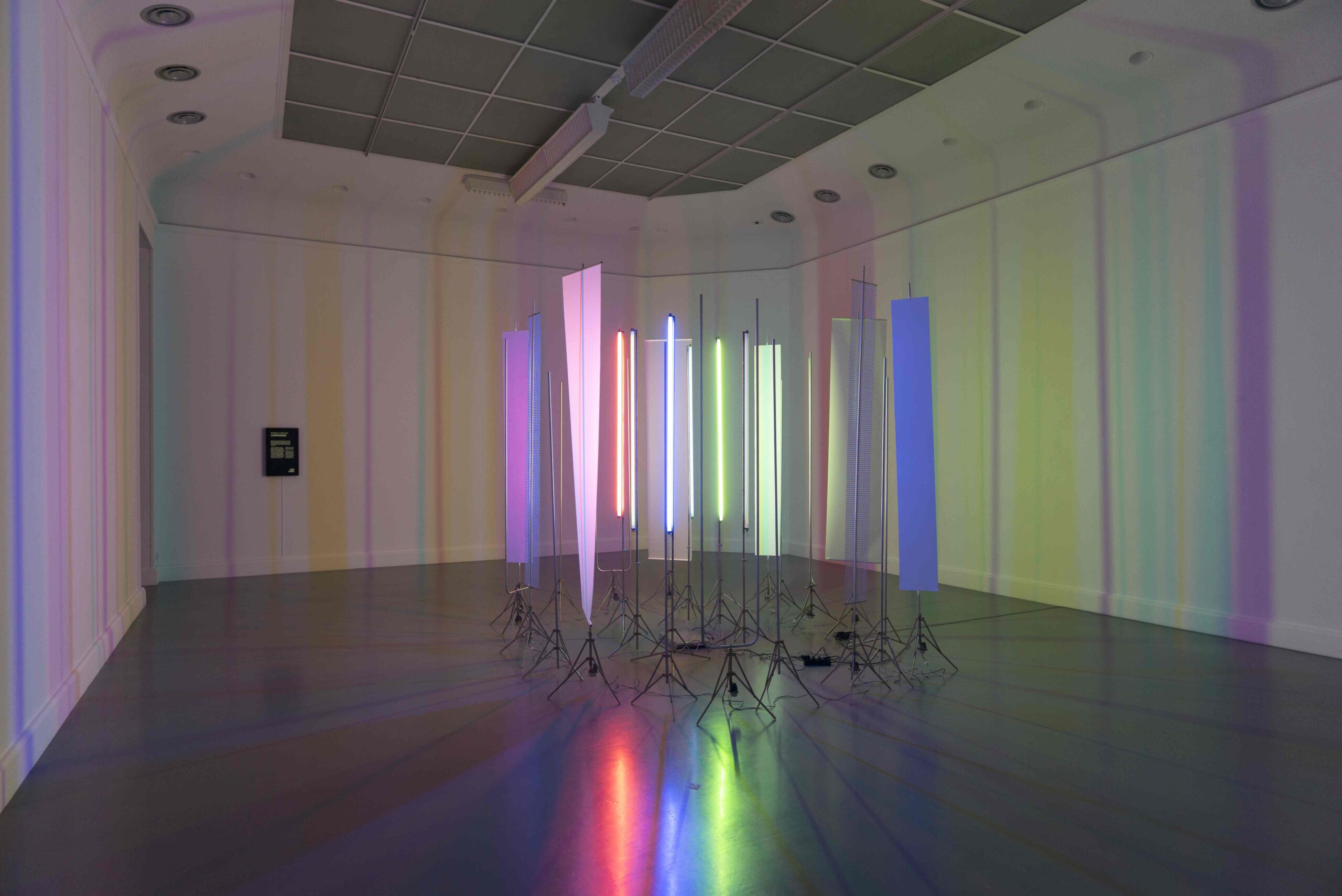 Mike Rijnierse presented Lumokinese, developed in collaboration with Willem Marijs at the Van Abbemuseum, Eindhoven. During GLOW 2016, the Van Abbemuseum presented A Place Beyond Belief, an exhibition which brought together artworks by pioneers in the field of light art as well as new artists. From László Moholy-Nagy, Dan Flavin, Adam Barker-Mill, Gianni Colombo, to Mike Rijnierse and Willem Marijs, Pink Twins, Jimi Kleinbruinink, Tom Dekyvere and Nathan Coley present the results of their fascinating research on the perception of reality and illusion created by light.

‘Both Lazlo Moholy-Nagy, Mike Rijnierse and Willem Marijs transformed mechanical movement into visually powerful artworks. They created dynamic machines that play a colourful shadow game that changes the perception of space. The famous Licht-Raum Modulator (1930) by Moholy-Nagy has been transformed by Ambianti BV and the TU/e into a three-dimensional light projection which is on show on the science route on the terrain of the university. The original is displayed in the museum.’ – Van Abbemuseum