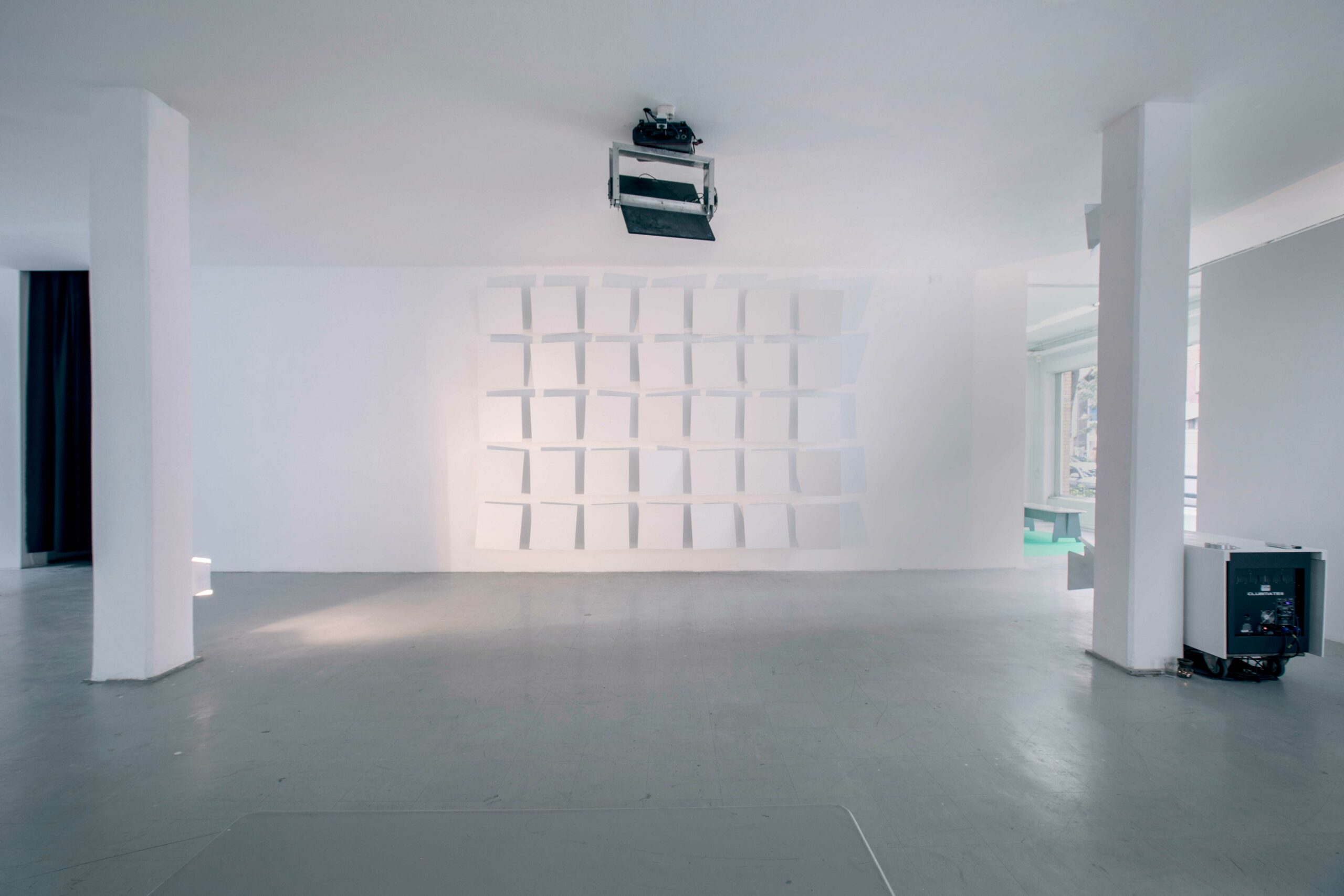 During the kick-off of SHAPE 2016 at festival Novas Frequências in Rio de Janeiro (BR), Mike Rijnierse premiered Relief, an installation based on the principle of echolocation, developed in collaboration with Rob Bothof. Mounted on a wall, the sculpture is not primarily designed to be gazed at, but to be listened to. The work examines the process of hearing, decomposing reflections of the space which inform orientation, emphasising the relationship between source and receiver. RELIEF is therefore not a sound sculpture, but an echo sculpture.

“Through his work, Rijnierse raises awareness of our perceptive experience using the city as a vast playground and field for sound experiments” (Regine Debatty, 2015 in We Make Money Not Art)

The phenomenon of echo and reflection is a recurring theme in the the work of Mike Rijnierse. As architect Juhani Pallasmaa wrote in ‘The Eyes of the Skin’: “Sight isolates, whereas sound incorporates; vision is directional, sound is omni-directional. The sense of sight implies exteriority, whereas sound creates an experience of interiority. I regard an object, but sound approaches me; the eye reaches, but the ear receives. Buildings do not react to our gaze, but they do return our sound back to our ears.”

RELIEF is realised by the generous support of TodaysArt and Stroom Den Haag.

Novas Frequências is a festival for advanced and exploratory music taking place in Rio de Janeiro, Brazil, and its sixth edition happened between December 3rd and 8th, 2016. The festival is also a meeting place for founding festivals of the SHAPE platform: the organization has one of its two annual meetings in Rio, therefore the curators and artistic directors from all SHAPE festivals were present in the city, looking for interchange, cooperation and new collaborations with the local scene.

Meanwhile, the showcase itself demonstrates the diverse artistic influences and interests, merging within SHAPE – artists within its line-up have been nominated to platform by 12 different member festivals, each with their own take on the future of adventurous music and audiovisual art.