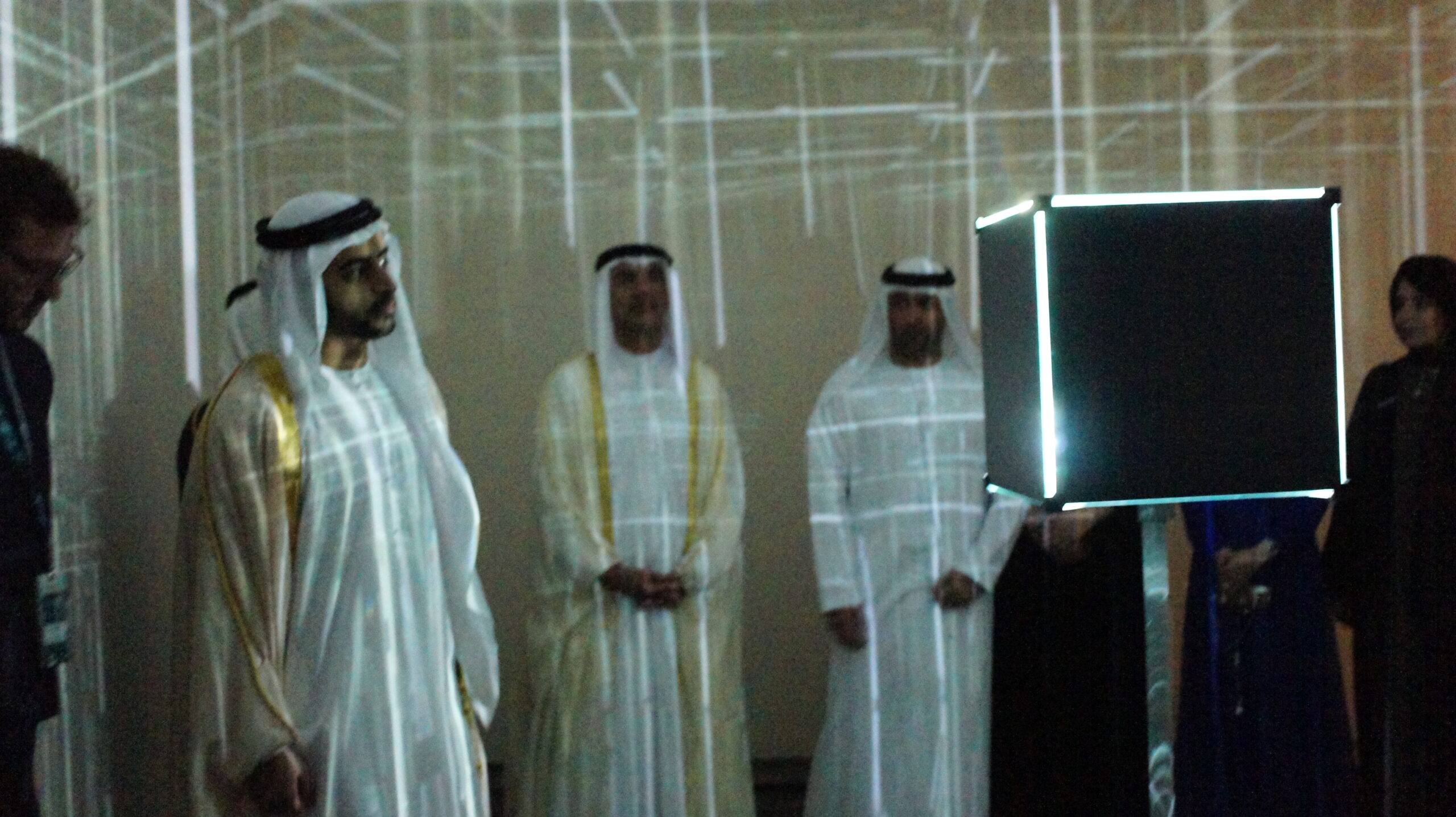 The annual Islamic Arts Festival began in 1998 under the supervision and organisation of the Directorate of Art in the Department of Culture and Information of the UAE, with the intention of exhibiting various forms of traditional and contemporary Islamic art.
Over the years, the Festival was able to display different manifestations of Islamic art through a selection of projects illustrating the authenticity of Islamic Art and its ability to keep up with current artistic changes.

The Islamic Arts Festival in this edition goes far beyond the idea of the construction itself into the visible and tangible built entity; the chosen title, BUNYAN, mimics the hidden aspect in the state of this construction that establishes the conception behind any structure, and through which we perceive the value of innovation as being both an achievement and a stand-alone creation. The creative state that produces any creation motivates us to delve into its secrets. This concept of structure and its systems governing all existence, form a vital topic for us to engage in. It also motivates us to reveal the mysteries of structure as an essential notion in any entity produced by mankind.

This existence would not have been possible without a state of creation that is a historical prerequisite predicting every completed establishment. The structure of this achievement is a visual and mental image that fulfills the goals of innovation and creation. It encapsulates stages of unique human activity and its spiritual tributaries. Here, we are invited to have a visual discussion about the state of creation which we perceive at every corner. Let us engage in what leads to structures of various types by relying on contemporary art and its view of Islamic Arts with their different components, types and artistic spectrums.

What we perceive as an “architectural building of a special identity” for instance, is a rich material given to us artists; one which we can emulate visually, and through which we can explore the unique concepts of creativity, creation guided by intuition, captured ideas, the urgency of imagination, and the limitless drama materializing in the presence of perception and the mind. We aim to answer questions on how the contemporary artist who has created a unique artistic identity by delving into the concept of construction, observes – the state of creativity in Islamic arts, including architecture. Especially that the artist’s creations follow accumulated phases to finally reach a visual structure represented by the “artwork”.

“There is always a creative creation awaiting its birth, where the stimulant behind its creation is the countless structures, whether architectural or of other artistic types, spread in endless places and affecting the Islamic civilization and the aesthetics of its arts. The question remains as follows: How does the contemporary artist recognize and analyze these architectural structures and discover their elements? How does the artist approach these structures? Does the artist reshape their components to develop into artworks holding different visions? Or does he/she see in these architectural structures a method for a new contemporary visual system? The contemporary artist might assign a whole new meaning to a structure as it holds a different visual appearance far from architecture.”

In its next edition, the Islamic Art Festival adopts the concept of BUNYAN as a title for a visual research providing a new manifestation of artists’ visions. “We provide this theme for the artists as a starting point to explore the worlds of visual research that this festival requires, taking all forms of contemporary visual approaches; including installation, sculpture or two-dimension artworks i.e. painting, and digital or environmental art within the contemporary and modern conceptual trends.”