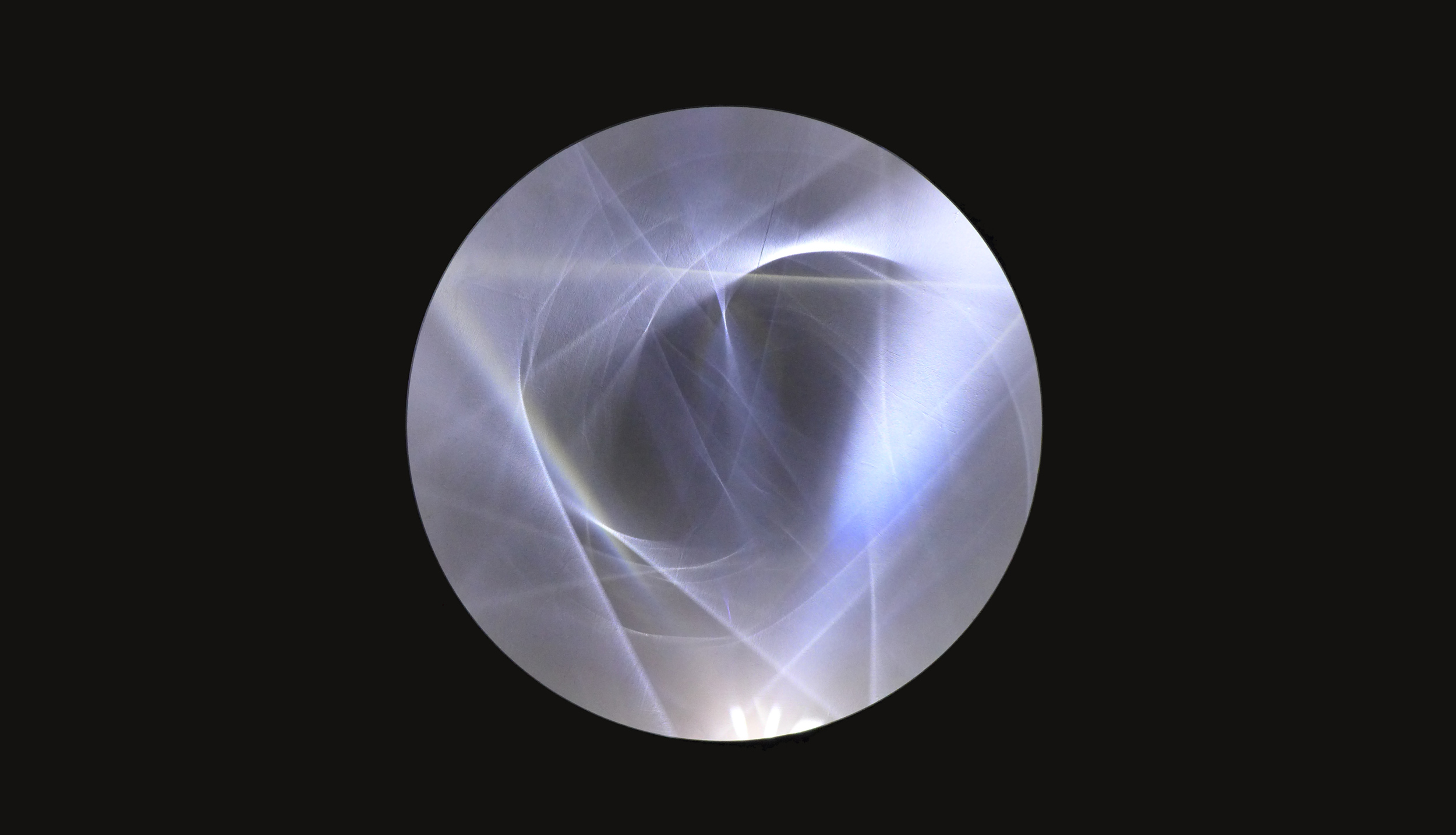 Volver is a light sculpture that reflects itself into infinity. A light source situated at the bottom of a cylindrical mirror bounces around by the rotation of two other smaller mirrors, drawing an ever evolving light image on a round surface of 1,5 m diameter. This continuous process of reflection offers the impression of a portal, as if the projected surface had an undefined depth.
While the light is modulated by revolving mirrors controlled by a generative algorithm, the reflections will never repeat themselves.

The work carries the title Volver, Latin verb for return and is inspired by the oeuvre of Julio Le Parc. The sculpture derives from Mike Rijnierse’s continuous investigation on the construction of human visual perception, in which he has developed several light sculptures and experiential architectures.

Volver premiered at dutch (de)light (29-31 October 2021), an exhibition with Dutch artists brought together for the 20th anniversary of the Center of international Light Art in Unna (DE); organized by Polderlicht, and supported by Mondriaan Fund.