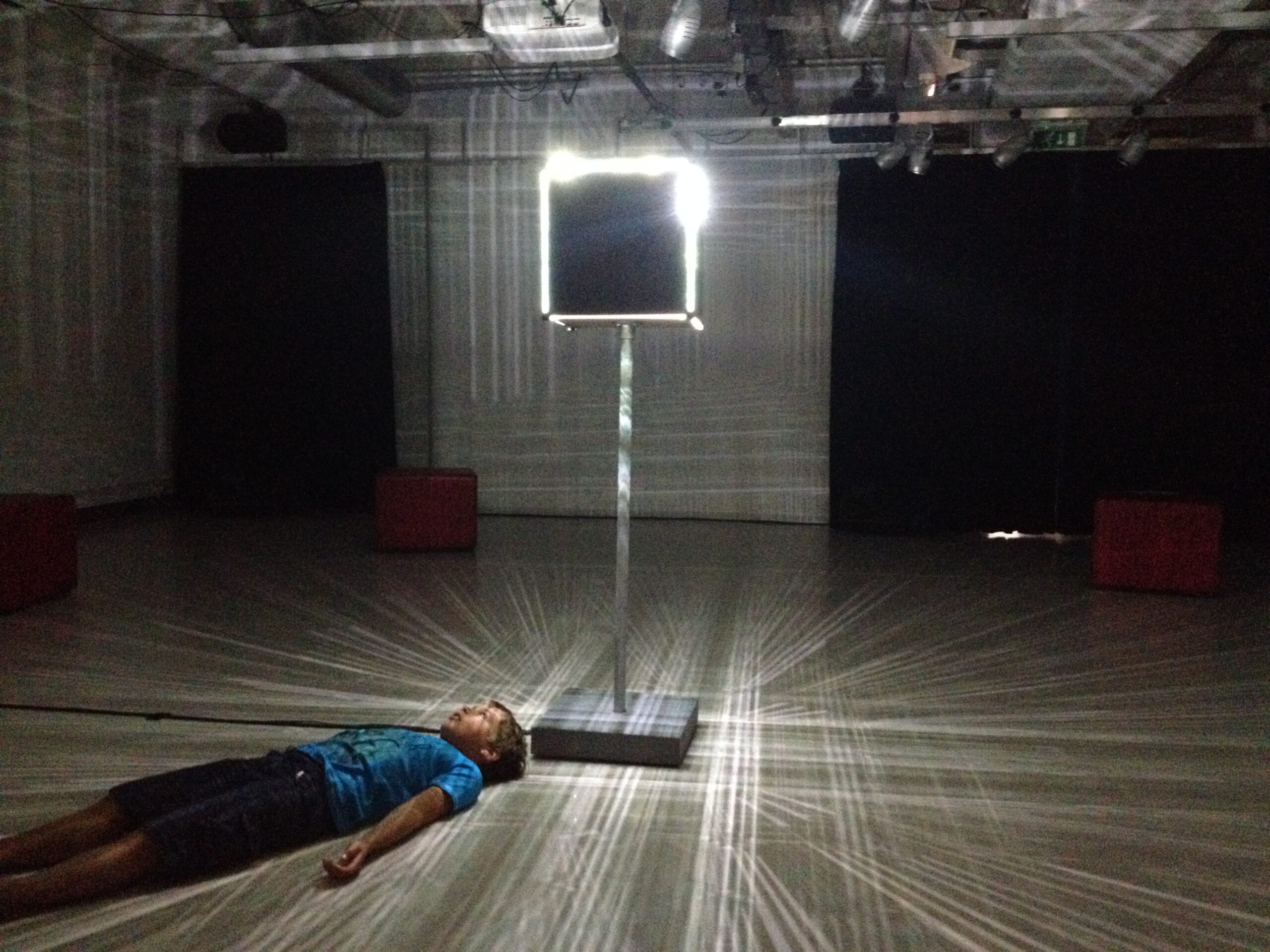 It wouldn’t be TodaysArt without Mike Rijnierse. Known for his large scale site specific installations, in which the audience is incorporated into the context of the work, Rijnierse is an interdisciplinary artist whose works have been an integral part of the TodaysArt evolution. From last year’s bungy jumping bell and 2014’s artificial gatekeeper to 2008’s Station to Station and his very own international airport the year before, Mike Rijnierse’s installations and performances are unique in character, scale and execution. At TodaysArt 2016, Mike Rijnierse teams up with long time collaborator Rob Bolthof for Cube. Although operating on the kaleidoscopic principle of multiplied reflections, Cube inverts the classical kaleidoscope and instead embodies the light inside, projecting its inner multiplication outwards into space. It is choreographed by an autonomic algorithm that directs the synergy between light and sound.

Cube was accompanied by a soundtrack that ranged between drones and extreme sound explosions making it an emmersive hypnotizing experience. Cube suckes you in a singularity of light and sound.

Cube
The installation Cube operates on the kaleidoscopic principle of multiplied reflections, by placing several mirrors at perpendicular angles. In contrast to the classical kaleidoscope, where light enters the object, Cube embodies the light inside and projects its inner multiplication outwards into space. Cube is chroreographed by an autonomic algorithm that directs the synergy between light and sound.