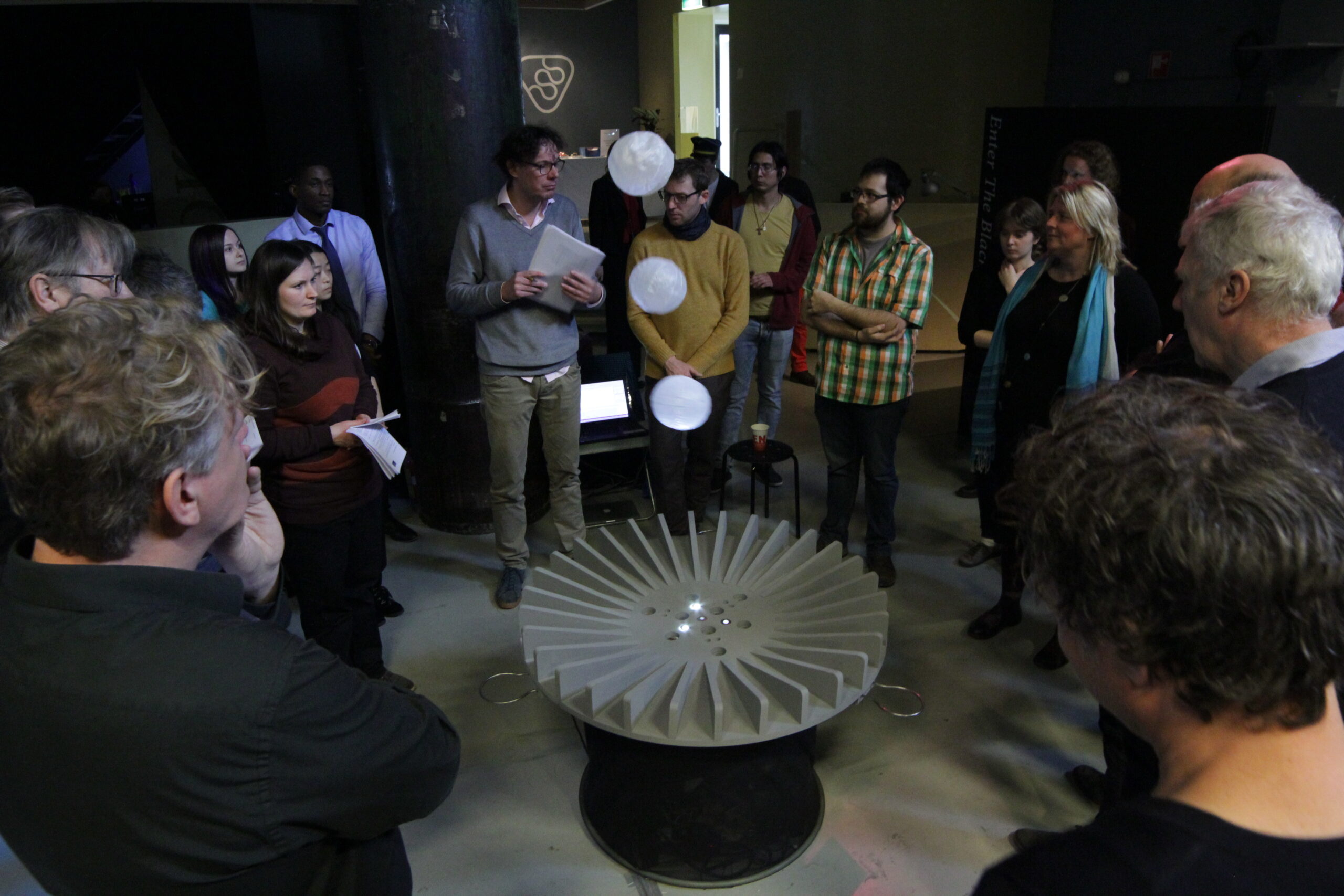 A collaboration with Sue Haldemann and Marcello Gómez Maureira

Life is a series of questions. Some are personal, others are bigger than we are. We are constantly dealing with new information, often conflicting with what we thought we knew. What do we actually know for sure? We invite you to play with the mercurial nature of certainty and doubt.

The theme of this years exhibition by students of the MSc Media Technology is ‘Integrity’. From this global theme the students have derived multiple sub-themes: artifact, doubt, evidence, fact, guess, hypocrisy, manipulate and tweak. The students have worked in groups of three, each with their own sub-theme. The exhibition is the outcome of a semester project. First of all the students were asked to explore their theme in the broadest sense (social, mathematical, biological, etc) and discover what it could possibly relate to. After gaining sufficient insight they formulated compelling statements related to the theme. Only once this stage was completed they translated their statements into an installation. Together these installations form the semester project exhibition.

When we started discussing the theme of doubt, we were excited and confused at the same time. The idea of expressing doubt in a scientific context seemed rather absurdist, for science is in service of certainty. And certainty is based on facts. The observation and collection of factual data generates objective content which science can then base its theories and practices on. It is by questioning and verifying its own field, that science takes new steps for further production of knowledge. Through the continuous production of knowledge and reflection of the same, that doubt takes place, as an important aspect of this practice. Doubting leads scientists to more clarification. Therefore scientific knowledge oscillates between true and false — a paradoxical state that puts science in an unstable condition. For this reason we introduced the concept of instability into our project. As early philosophers doubted ancient religion and introduced the act of questioning, scientists in the 17th century started doubting traditional beliefs. With the enlightenment movement, reasoning and objective research became the way towards knowledge. Science introduced the element of openness. Our installation reflects this questioning aspect: objects floating in the air, representing different states of the same character, the same matter. The wind column acts as a force that drives them up and down in unpredictable ways. Sometimes these objects seem to find stability, other times they will fall or collide, back to its complex interplay. A fascinating system, that one can contemplate for hours. As if we have created our own oracle.